IJSBA reports from the third day of the 2014 Thai Airways King’s Cup in Pattaya, Thailand. 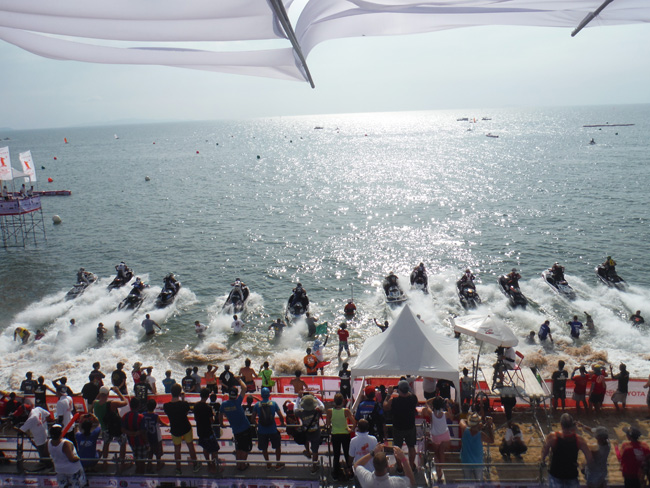 Day three of the King’s Cup event started early for anyone staying at the host hotel.  Some enthusiastic mechanic, working down in the parking lot, rebuilt or repaired his/her runabout and decided to make sure it started and checked at 3AM.  After listening to the engine rev for a good ten minutes, several of us jet lagged people were up for the day.  This wasn’t all bad, though.  The mornings at King’s Cup are some of the best as everyone gathers, generally, in the breakfast area and the lobby.  It is one of the greatest parts of this sport is the camaraderie and it is on its greatest display each December, in Thailand.

So, the opening theme of day three is “Chris MacClugage does not disappoint.”  These recaps are only meant to be brief, but we cannot help but spend some time discussing MacClugage’s performance at the King’s Cup.  Mac’s Ski Open performances in moto one and two were jaw dropping.  The speeds he kept and passes he made had everyone sitting on the edge of their seats and the way Chris passes people on the track on a high speed charge is the just one of the finest displays of athleticism.  Kevin Reiter suffered from a broken handlepole which helped take some of the heat off of MacClugage.  But, the competition was still intense and pulling to solid wins against of field of both Motzouris brothers, Valentin Dardillat, and Mike Klippenstein is an incredible accomplishment anytime.  Mac did not win either Sport GP moto but did enjoy two second places against Supak Settura who swept both motos.  MacClugage came from sixth place in the first moto to pace powerfully into a strong second.  Settura looked untouchable, though, and had no intention of being on of Mac’s victims. 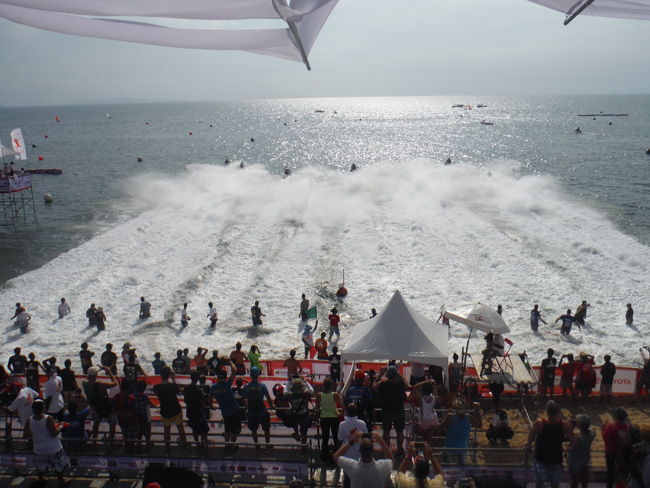 Fresh off of wining gold medals for his native country of Indonesia, at the Asian Beach Games, Aqsa Aswar wasted no time claiming the first moto win in Pro Am Runabout Stock.  However, he would not repeat as Thailand’s Supak Settura turned his second place finish in moto one into a win in moto two.  However, Kylie Elmers, of New Zealand, would sweep the first two motos of Pro Am Women’s Ski.  The next sweep would belong to Thailand with Boonayod Issarakankul winning both of the first motos of Pro Am Runabout Open.  Pro Runabout 800 is a category of racing that is fiercely contested by the Thai Teams.  It is no surprise that both moto wins would go to competitors from Thailand: Pradit Buree in moto one and Teera Settura in moto two.

Speed is where it is at when it comes to Pro Runabout Open.  Not many people can handle this equipment at half of the speeds of which these highly modified PWC are capable of achieving.  James Bushell, of the United Kingdom, can, and has proved it with numerous World Championships.  He proved it, again, in moto one.  Moto two solidly went to Hungary’s George Kasza who has been making his presence more known around the world.  It is notable that moto two was close in second place with Bushell holding off Jean Baptiste Botti, of France, for second place, all the way up until the final two turns.

The endurance portion of the King’s Cup is growing by leaps and bounds.  This will soon be one of the most premiere features of the event.  Yury Ryabko, of Russia, held a lead from the start before some slight navigation errors handed the ultimate moto one win to Masaharu Takenoshita of Japan.  Thailand’s Teerapong Khungienf finished second followed by a hard charging Kim Jin Won, of Korea, finishing in third.  The endurance competition is only two motos with the second happening on Sunday. 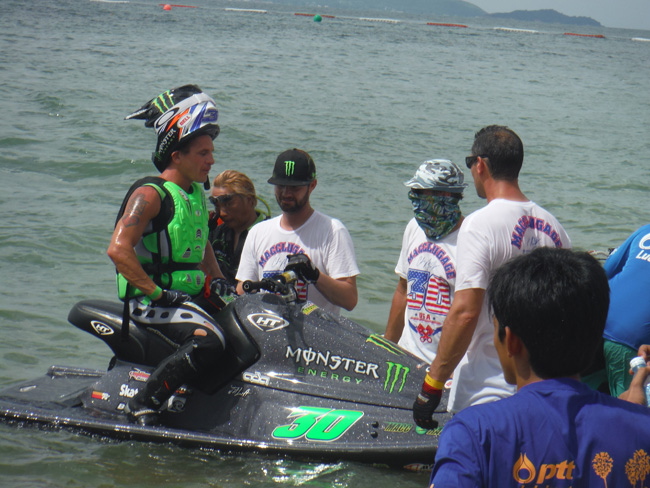 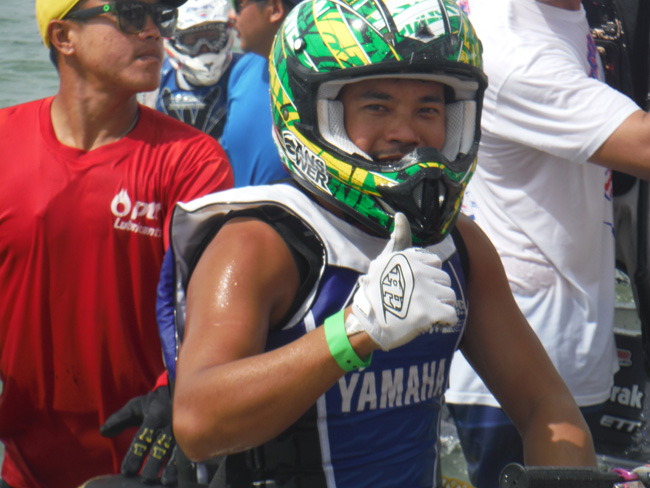 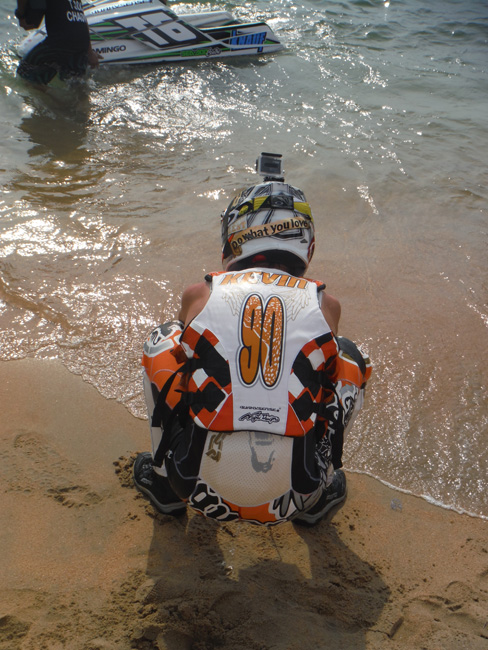 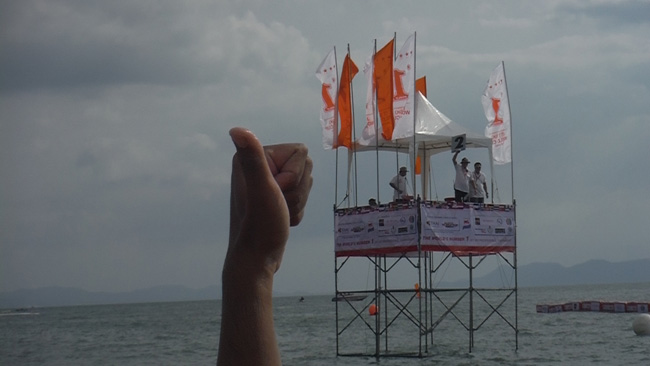