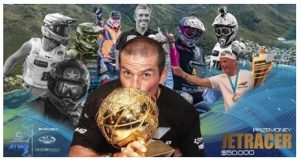 Jean Bruno PASTORELLO, from France, won this round, and the overall World Championship last year.  He is fast, he wins a lot of Endurance races.  He doesn't win everything, however.  Racers from Martinique and Guadeloupe are fast and are determined to keep trophies in the Caribbean region.  Disrupting these competing goals are the plans of racers from Portugal, Belgium, Russia, USA, and all points in between.

The event is hosted by Eugene Edson, the had of IJSBA in Martinique.  Peter DeSmet is the race director and organizer of the two round championship.  The two have created challening heats that take racers from Fort de France to beautiful locations on the island such as Case Pilot.  For complete details, visit the official website:  https://www.facebook.com/martiniquejetrace/.

Persons who get to be spectators, at Jet Racer,  are some of the luckiest in the world; those who have the privilege of competing in the event are even luckier.  It isn't too late for you to be either.