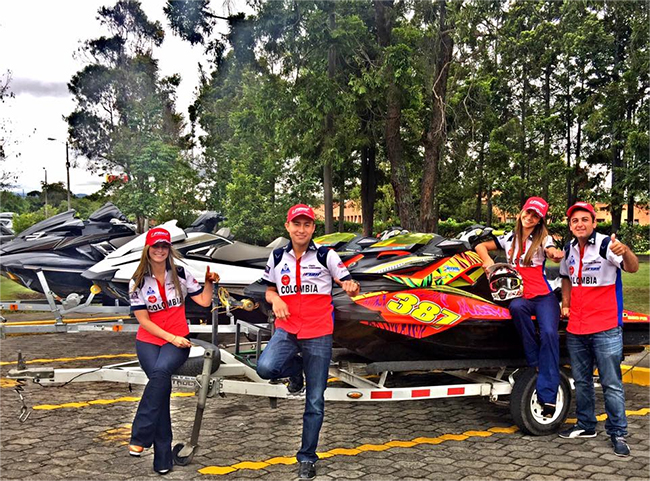 IJSBA South America has sent us the official announcement of the third installment of multinational championship:

Athletes from 11 countries will compete on 19 and 20 September in Cartagena Beach, full steam ahead with the 3th IJSBA South American Championship

Adrenaline is skin deep. The engines will be ignited to compete on the waters of Cartagena. Men and women will battle head to head for being the best in this part of the continent.

On 19 and 20 September, the capital of Bolivar will be the home of the 3ª IJSBA South American Championship Watercraft, attended by 28 athletes from 11 countries. Colombia, with 12, is one of the favorites for the title.

"We are very happy. The most important thing is to be attended by all the national champions of each country faces with our champions will be Colombia, "said Victor Dominguez, president of the Colombian Federation of Powerboating.

The event will welcome drivers competing experts and pro category in circuit patterns and endurance also be given a tour of the island of Tierra Bomba in F1 and F2 categories. So far, countries that have confirmed their presence are Ecuador, Peru, Chile, Venezuela, Paraguay, Uruguay, Brazil, Argentina, Bolivia and Colombia.

"The boating has taken off recently in Colombia. We expect a very good turnout and we as hosts occupy the top spots. This is a boost not only to the discipline, but the sport in our country, "said Andres Botero Phillipsbourne, director of COLDEPORTES.

One of the most important letters in Colombia will be the first South American Andrea Dominguez, who has already won several titles in international events, actual IJSBA south American championship in novels class (she wins  in 2nd  IJSBA South American Championship in Perú 2014) and command the national delegation. Andrea Dominguez "It is very important to host an event of this magnitude. Athletes who come have significant experience and will be very tough opponents. I hesitate to give a favorite because the level is very even so high, "said the champion.

The event has the support of COLDEPORTES and is  by the International Jet Sports Association (IJSBA).