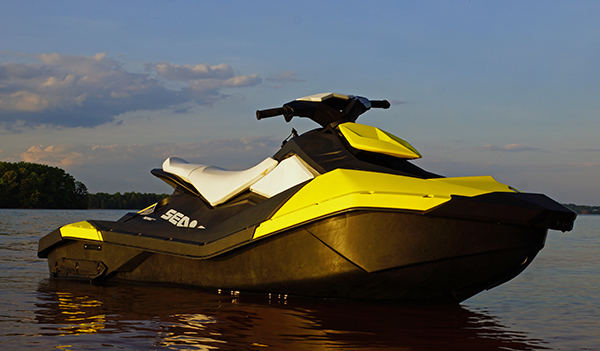 BRP is looking to Spark some new fun at the world’s largest personal watercraft race, the IJSBA World Finals, and grow it into the world’s largest Sea-Doo enthusiast event. The Sea-Doo events team will be adding some agents of fun to the 2013 IJSBA World Finals, taking place in Lake Havasu City, AZ, from October 9th to 13th, by orchestrating numerous Sea-Doo related activities for Sea-Doo X-TEAM racers and enthusiasts alike.  The Sea-Doo X-TEAM returns to Lake Havasu to defend numerous World Championships with a flood of world-class watercraft racers competing on the Sea-Doo RXP-X.

The IJSBA World Finals is the largest watercraft specific event in North America where the best racers from around the globe converge to compete for World Championships. The event takes place at Crazy Horse Campgrounds in Lake Havasu City, AZ and draws 15,000 spectators every year. BRP has been a long-time supporter of watercraft racing and the IJSBA World Finals and leads the watercraft industry in race specific support through the Sea-Doo X-TEAM Bounty racer contingency program and the Sea-Doo X-TEAM Promoter support program.

With the dominating success of the Sea-Doo RXP-X watercraft, BRP comes to this year’s event with a full schedule of activities and racer support initiatives.  Sea-Doo race fans and general enthusiasts alike will be treated to an entertaining experience. Some of the 2013 Sea-Doo World Finals efforts will include:

Visit www.facebook.com/seadoo for the most up-to-date information regarding BRP’s 2013 IJSBA World Finals activities.

For a look at the new 2014 Sea-Doo watercraft and riding gear, visit  www.sea-doo.com