Dardillat and Reiterer: A Tale Of Two Europeans 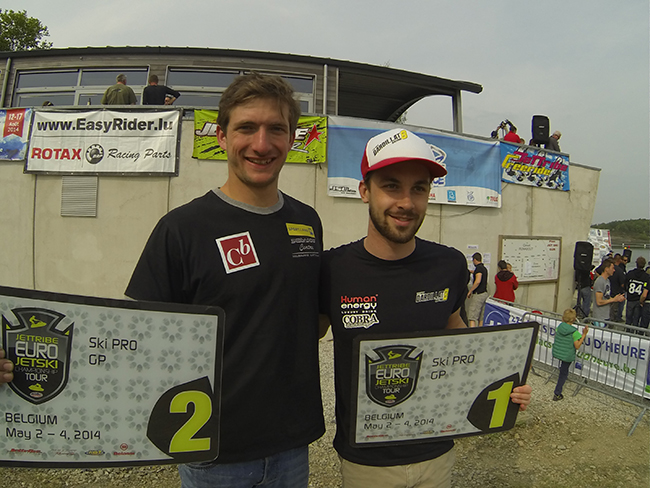 It was the best of times for the winner of round one of the IJSBA European Championship and the worst of times (at least mechanically) for the second place finisher of the same event. Receiving press releases from each of these competitors draws parallels to a well-read piece of literature which portrays the life of various players in the tensions of the ruling class against the larger mob depicted with numerous references to the power of water to create energy, and to anoint man as well as destroy him. The ruling class of the race course was claimed by Dardillat with Reiterer unsuccessful in his own attempt to storm the Bastille. Like the Tale of Two Cities, there will be three books to this story and we will wait to see how the 2014 season concludes. It has been at least twelve years since I have read anything by Charles Dickens so I will spare you readers any more terribly phrased references to the novel and bring you the competitor’s stories in their own words: 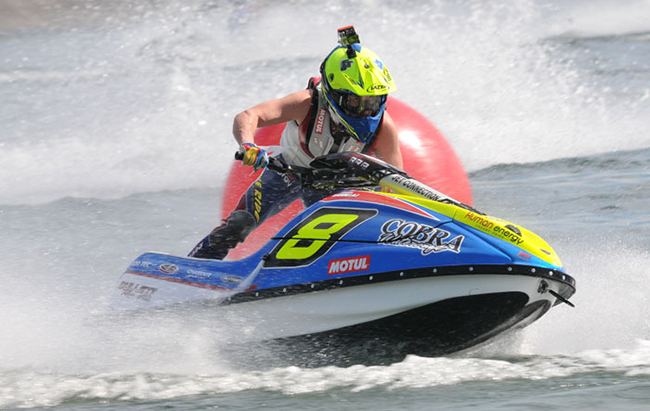 Lake L'Eau d'Heure (in Belgium) hosted the first of three 2014 Jet Ski European Championship races last weekend. For Valentin Dardillat, this first official outing was the occasion to test the effects of his winter season training in real conditions. The Cobra Watercraft sponsored rider took the control from the rest of the field in the Internationally recognized Pro Ski GP category of the Euro Tour by finishing 2/1/1. He's now focusing on the first French Championship meeting which will be held at Pont à Mousson on the 24th May.

How did the first race of the season go for you ?

Valentin Dardillat : "Just beforehand I was a bit stressed. The first contact of the year with my rivals in competition always brings up questions. I knew that I'd progressed since last season. The pressure fell away in the first moto when I found myself clearly ahead with Kevin Reiterer, which reassured me! I finished second in the first moto and won the other two. Every time I'm up against Kevin, unfortunately for him, he ends up breaking down. This forced him to retire at the end of the third moto. I won the weekend overall."

How do you feel on your new machine ?

VD : "My Jet Ski is a lot more performant compared to last year, any way you look at it. We've retained it's maneuverability whilst having more power and a better top speed. This weekend however, we saw that the set up we'd chosen wasn't perfect and we'll have to work harder. It should be a lot better in three weeks time..."

What conclusions can you reach after the first competition of the year ?

VD : "I'm very satisfied. I was apprehensive because I didn't know where I'd be on the track but now I have the answer. I felt the benefits of my winter training, especially physically. I felt 100% throughout all three motos. I knew that I had to work on that aspect in order to optimize my chances of winning titles. From a material point of view I'm happy, even if we still have to work on the set up. I noticed that the others have also made progress, so the season is going to be exciting! "
When is your next meeting ?

VD : "It'll be the opening of the French Championship on the 24th May. I'll take advantage of the next three weeks before this race to work on my machine."

2014 European Championship Kevin sails through
Belgium - An exciting race of the Euro Cup ended this weekend for student, Kevin Reiterer. The multi World Champion competed against European teams and even riders from the United Arab Emirates traveled the long way to Boussu Lez Walcourt, near Brussels. A small techniqual issue took away the win for the first race weekend. However, the Austrian is satisfied with his 2nd place. Kevin and his team is now focused on the upcoming event in Austria, Poechlarn. Jetski riders of all continents gonna come for the Euro Finals in July together. 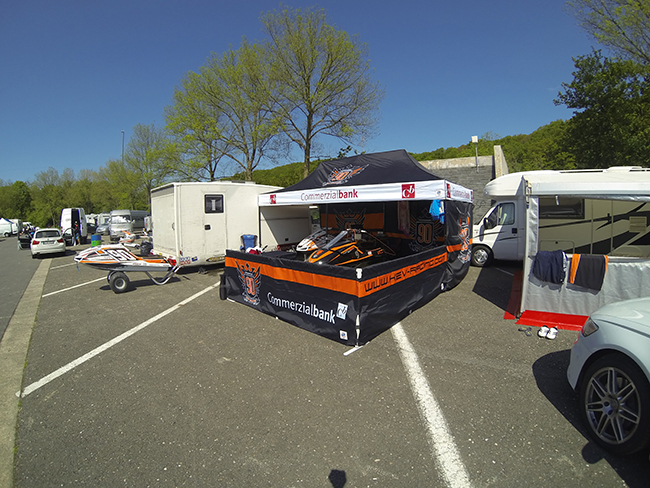