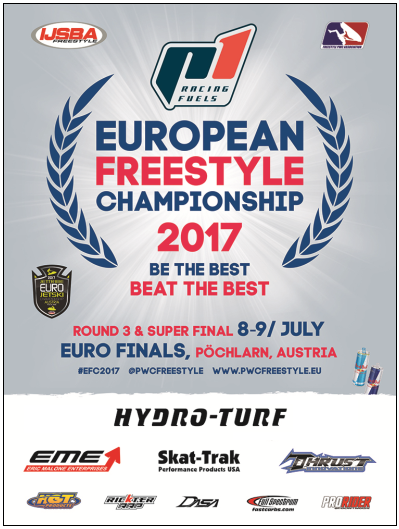 Final event of the European competition season is going down this weekend in Pochlarn, Austria.

Top 5 athletes from each freestyle class will battle for the crown of 2017 European Champion on Sunday in the Super Final.

so if you are in the area don't miss out on the full weekend of fun.