FOUR OUT OF FOUR FOR FRANCIS 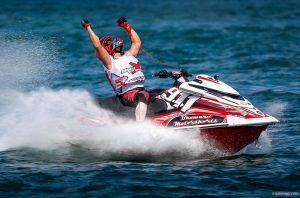 The third annual Chicago Grand Prix brought out leading professional and amateur jet ski riders for the penultimate round of the P1 AquaX championship in the great waterfront city. The venue for two days of highly competitive racing was 31st Street Harbour as the battles for national titles intensified.

It proved to be a dream weekend for Enduro Pro championship leader Eric Francis as his clean sweep of five victories saw him extend his lead over second placed Brian Baldwin to a commanding 64 points. Chicago is a happy hunting ground for Francis, having won here last year. 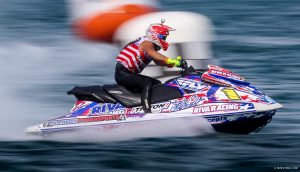 Francis is enjoying an outstanding season on his Yamaha GP1800 ski and was recently named number one in the official P1 AquaX world rankings. Only a disastrous weekend in the final event in Fort Lauderdale can stop him being crowned champion in November. P1 chief executive Azam Rangoonwala said: “You can see why Eric’s nickname is ‘The Eagle’ and why he’s the current world number one. He was unstoppable, but Brian Baldwin is still chasing him for the 2018 title and strange things happen in sport.” 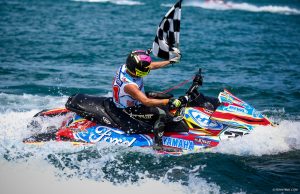 In the 300 PRO/AM series, Eric Lagopoulos continued his winning ways was by taking the opening race but he did not have it all his own way over the weekend as Tyler Hill and Dave Davidson gave him a run for his money with impressive performances. Tyler took victory in race 2 but Lagopoulos claimed the final race to top the podium.

The popular tourist destination of Fort Lauderdale will welcome the P1 AquaX riders for the climax to a seven-venue season that began in Miami in April.