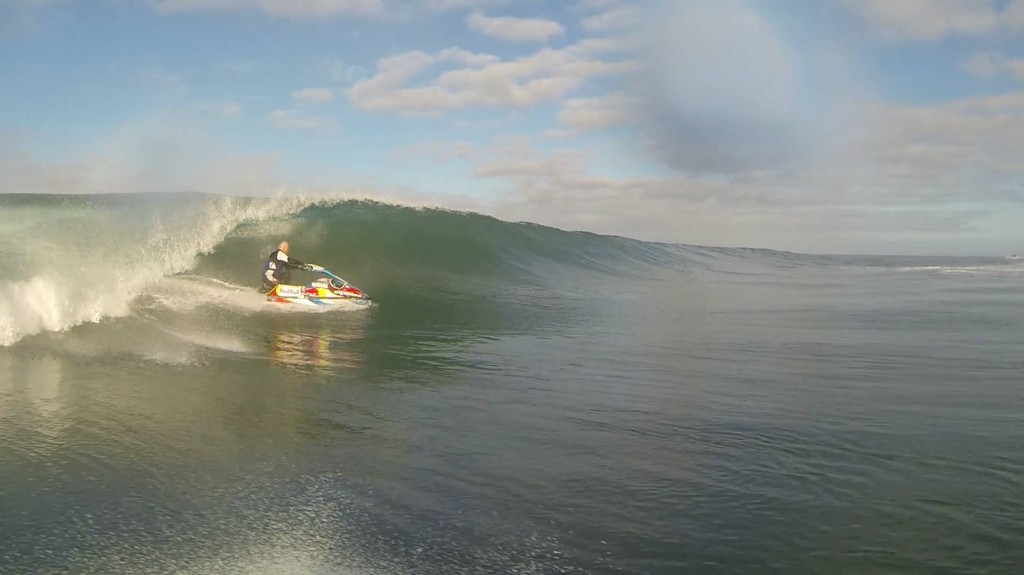 Randy Laine loves to ride and especially loves to ride in the surf.  An IJSBA Hall of Fame inductee, Laine is considered the godfather of surf riding.  As part of his passion, Randy is a large cheerleader of the Blowsion Surf Slam and begins to send many of us reports and updates on what kind of surf conditions to expect at the event.

This year, Randy got notice of a large south swell heading to the West Coast and went out to check it out personally.  We received this photo of Randy Laine in action and had to pass it on.