We have received the following statement from HydroTurf:

We are happy to be back and supporting the IJSBA 2014 World Finals. We first attended the World Finals in 1987 as Jet-Strip through 1990 when Hydro-Turf was created and haven't missed a year. We will have our booth in the same location, will have a couple new shirts. Our annual party will take place at Kokomo, on Saturday, October 11th starting at 9pm. We will be holding a Beer pong Tournament with "Cash" prizes for the winners, Beer on our tab, drink specials, and mad swag toss out. Plus anything else we can come up with.

In addition, this year we have teamed up with Macc racing for the Flip-Off World Record attempt; The winner will received $2000 and will be put into the GBOWW, as the new World Record Holder, if 20 consecutive back flips is beaten. It is going to be an awesome World Finals this year and we are stoked to be a part of it! 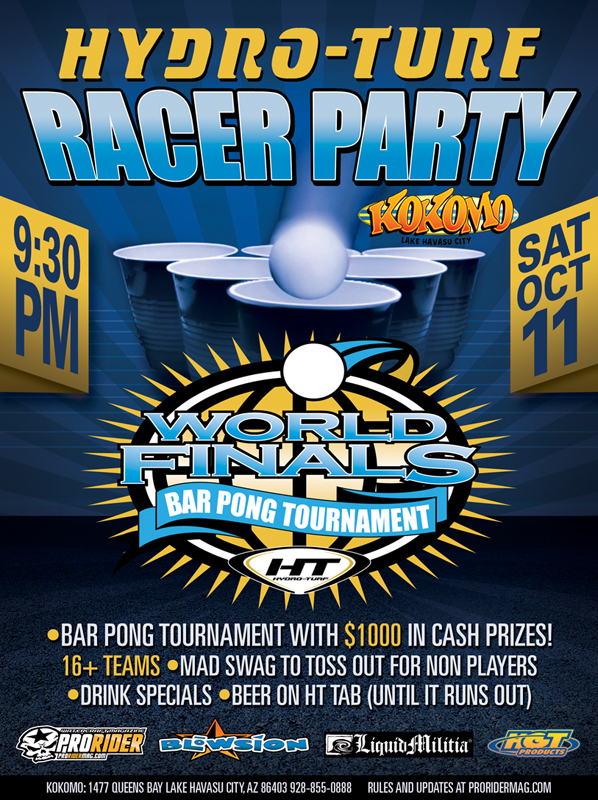