If You Are Attending World Finals And Coming From The West: SLOW DOWN IN NEEDLES 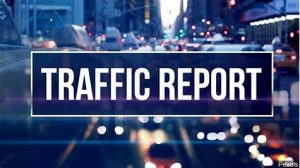 This IJSBA Traffic Report is brought to you by Tech One, the leading watercraft rental, performance, and repair enterprise in Lake Havasu City.  While, this report is not officially sponsored by Tech One, there appeared to be a Tech One decal on one of the enclosed trailers that was pulled over on the side of Interstate 40 just before Needles.  So, we figure they may need a freebie.  There were three other CHP vehicles checking for speeders just where the highway leveled out.  We haven't had to say this in years but, as a friendly reminder: when you come over the ridge and first see Needles and the river, you naturally start getting really excited to get to Lake Havasu.  But, you really need to slow down to a mile or two below the speed limit if you want to make it through Needles ticket free.