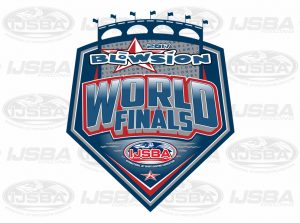 IJSBA is pleased to announce that Blowsion is the title sponsor of the 2017 World Finals.  This exciting partnership is intended as aggressive commitment to ensure that traditional Ski type Personal Watercraft remains the center focus of the sport.  Blowsion’s involvement, at this level, also heralds their expansion into new portions, of the PWC sport, bringing unparalleled style, design, and performance to competitors and enthusiasts.

Blowsion has a deep legacy in World Finals.  25 years ago, a small team of artistically minded Personal Watercraft enthusiasts piggy backed on Jettrim’s booth at an early 1990’s World Finals.  An eager John Dady, and associates, displayed hulls, and helmets, painted in progressive designs that, while previously unseen, would one day become the top standard in the watercraft community.  Today, Blowsion’s designs are the most sought after with painted watercraft, and helmets, being shipped, yearly, to nearly every nation on the planet.  Blowsion remains one of the few performance shops where actual competitors field tech calls and prepare orders for shipping.

Plans to eventually sponsor the World Finals began, in 2013, when IJSBA and Blowsion teamed up to bring the Saturday Night Under The Bridge Show back to Lake Havasu City after an absence of more than a decade.  This free night show presents the top Freestyle Pros, new product demonstrations, and other watercraft excitement in front of a crowd of several thousand excited spectators.  Blowsion has title sponsored this show since its inception and Blowsion will perform double duty, this year, maintaining their role as the Under The Bridge Show sponsor while being the top, overall sponsor of the World Finals.

While John Dady is no longer with us, the unique approach and vision he had expressing the passion of Personal Watercraft continues on with his colleagues who he inspired as well as those who collaborated with him to reach the level of greatness Blowsion is known for.  This legacy will carry on at the 2017 Blowsion World Finals where new visual works of art will be unveiled as well as some exciting new products by Blowsion and Blowsion’s industry partners.  Visitors will also notice a welcoming of consumers from all segments of the PWC sport with a more comprehensive range of products available to suit everyone’s needs.

One thing that will remain unchanged in Blowsion's booth is the core commitment to pushing the artistic and performance limits of Ski Watercraft.  Blowsion intends to ensure that the traditional Ski type watercraft keeps its rightful place as the mantelpiece of the Personal Watercraft lifestyle- both on and off the competition circuit.

Stay tuned to IJSBA.com, regularly, for more news on the 2017 Blowsion World Finals.  Be sure to visit www.blowsion.com to see everything they are up to.