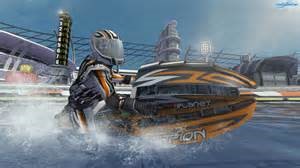 The International Jet Sports Boating Association (IJSBA) is extraordinarily proud to announce the first Video Game World Championship to take place at the real like PWC World Championship on October 10 and 11, 2015. This project has been in the works for years and is finally coming to reality. This exciting competition will be the first time a world championship tournament for a video game will be held at the same time and location as the actual sport represented in the game. 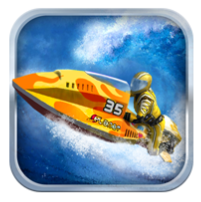 IJSBA has partnered with game company Vector Unit and their development colleague, Flashman Studios, to bring this competition to the 34th annual IJSBA World Finals.  Gamers will play the very popular Riptide: GP2 at one of three separate stations until the field is narrowed down to the final four competitors.  The final bout will determine the first IJSBA PWC Game World Champion.  The top three finishers will receive the same trophies that the physical watercraft champions will receive.  Additional prizes will be given to participants from the World Finals’ title sponsor, quakysense, as well as from other industry members.

Vector Unit is known for having the most realistic water physics in gaming.  The Riptide series was developed as an extreme representation of a fantasy watercraft.  The existing game will be played, in 2015, as meetings are held regarding infusing IJSBA real competition elements into the Riptide game engine in order to produce a real watercraft racing experience.  Items being discussed are characteristics of individual watercrafts, ability to “hire” in game resources such as holders and mechanics based on player wins, ability to play against the data of real life world competitors.  The updated gaming experience is expected to portray real venues, and their race tracks, in such locations as Vladivostok, Nysa, Dubia, Cocoa Beach, and Pattaya City.  Further adding to the excitement will be that IJSBA will be sanctioning these competitions as part of events outside of World Finals.  Parallel game championships are planned to take place at events such as the European Championships, Arena Championships, the 2016 World Endurance Tour, and select boat shows.

The 2015 PWC Video Game World Championship will take 160 entries and narrow it down to a final four competitors. Competitors will play, four at a time, through an elimination system.  Registration procedures will be announced this week. 20 entries will be reserved for physical PWC competitors and there will be 60 preregistration opportunities. The final 80 entry opportunities will be allocated to onsite registrations.  There will be a lottery system if demand exceeds availability.  The gaming tent at the World Finals Venue will consist of three screens with four players competing at once on consoles.  We highly suggest downloading Riptide for your Android or IOS system to prepare for the event.

Immediate questions should be sent to info@www.ijsba.com.  Further details will be released within the next five days.