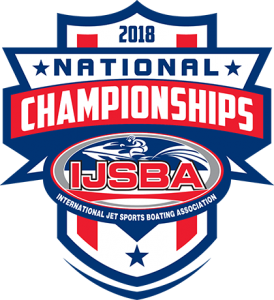 IJSBA is reposting a change of venue for the 2018 National Championships from Watkins Glen to Plattsburgh, New York.  IJSBA would like to compliment and recognize the hard work of Christopher Yates, organizer of this year's National Championship, for his fast work in securing another venue quickly.  IJSBA was extraordinarily alarmed when we received news of the flooding at Watkins Glen.  Fortunately East Coast Watercross had a contingent plan in place.  Please see their official press release below. 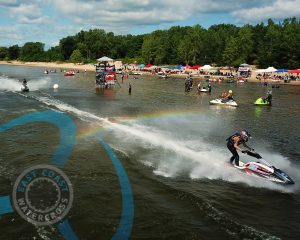 Today East Coast Watercross received the heartbreaking news that their beloved annual Tour Stop in Watkins Glen, NY has fallen victim to Mother Nature’s latest fury and is flooded to the extent they are no longer permitted to hold their IJSBA National Championship August 25th and 26th there.

In one particularly bad rain storm this past Tuesday, 6 inches of rain fell in less than 3 hours. All this rain added to the already drenched area, lead to neighboring cities being under water. Officials have reported an inordinate amount of debris in Seneca Lake posing major risks for boaters and racers. A notice to Mariners has been issued to keep people off the lake.

Thankfully over the last 2 years East Coast Watercross has developed a relationship with the City of Plattsburgh NY and the Adirondack Coast Visitors Bureau in Northern NY, who immediately jumped into action Thursday to help! They were able to assist East Coast Watercross in the relocation of their biggest event of the year, all within 3 hours! East Coast Watercross is proud that their athletes have left the area with a great impression and wanting more, so much more the City of Plattsburgh and the Adirondack Coast Visitors Bureau didn’t even think twice about hosting this huge event on Lake Champlain with only 8 days to organize it.

The Plattsburgh City Beach (At the Crete Center)

The location has more than enough parking, and is billed as the largest fresh water beach in America, with beautiful views of Lake Champlain and the Green Mountains of Vermont

Rounds 5&6 of The 2018 East Coast Watercross Tour were in Plattsburgh in July and everyone commented on how beautiful location is, with a few miles of sandy beach and crystal clear water. The venue has more than enough room for 100’s athletes, the biggest race course they want to set in the lake, and even room for a designated freestyle area for athletes to perform all day.

The official hotel is the La Quinta in Plattsburgh. There is a block of 45 rooms currently for East Coast Watercross athletes. The rate is $148/night. Athletes should call 518.562.4000 x 5. When they choose option 5, they will be transferred directly to the front desk and should ask to make a reservation for the East Coast Watercross Championships.

More Hotels will be added to the list as East Coast Watercross receives word from the Adirondack Coast Visitors Bureau.

Camping is not permitted for any event held at the location, however the Cumberland Bay State Park borders the venue, and shares the beach. They have availability starting as low as $19/night.

Plattsburgh International Airport is near the venue, information can be found at http://flyplattsburgh.com/

You can find the Adirondack Coast VCB online at www.goadirondack.com  , on Facebook @adkcoast , Instagram @adirondackcoast . “Like” their pages to stay up to date with all the support they have and will provide this event!

East Coast Watercross appreciates your flexibility during this natural disaster. Their commitment to their racers is to ensure a safe location to race and they are trying to do everything possible to accommodate during this unfortunate change. Once again thank you to everyone who has worked so hard to make this event possible.

Thank you for sharing!