As IJSBA Racing in Texas makes a return, we became aware of a father/daughter team that was preparing to meet the challenge head on.  We asked Ron and Autumn Humason to tell us about them, in their own words, and this is what we got back: 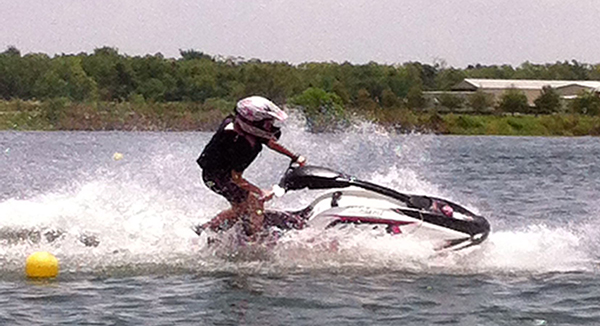 Hello my name is Ron Humason,

I am a 57 year old Jet ski racer from Texas, I grew up in Nassau Bay Texas and my family ran the Water Ski show at Sea Arama Marineworld in Galveston Texas back in the 70’s, I basically grew up on the waterfront at the numerous water ski show sites my family had from Astroworld in Houston to Kings Dominion in Virginia,

I went off to eventually water ski for Sea World in Florida and Sea World in Ohio and Tommy Bartlett’s water ski show in Gatlinburg Tennessee, and Marine World Africa USA in Redwood city California,

After some injuries it was time to settle down and retire from show skiing in the early 90’s and start a family,

I have always continued with water sports, surfing  and barefoot water skiing even after retiring and taught my Wife and first born daughter Paige to water ski,

In 2010 I came across a pair of Polaris 785 pro’s for sale in Texas and it sparked my interest to try some Jet Ski racing, My first race was at Genes Powersports and soon I was addicted to the sport and started racing in region 5 in 2011,

My oldest Daughter Paige also raced with me when she turned 16 and she raced a Stock Sea Doo RXP in region 5 and ended up winning the regionals that year and was the only girl in her class,

Paige ended up joining the Navy at 17 and quit racing to serve her country, but I continued to keep racing to this day,

I finished the 2013 race season as Region 5 regionals winner in R/A limited and won Rider of the year award,

Now that IJSBA Racing starting back up in Texas I am getting my 12 year old daughter Autumn to race her first race this year on her Kawasaki SXR, and her first race will be at Genes Powersports on August 15 2015 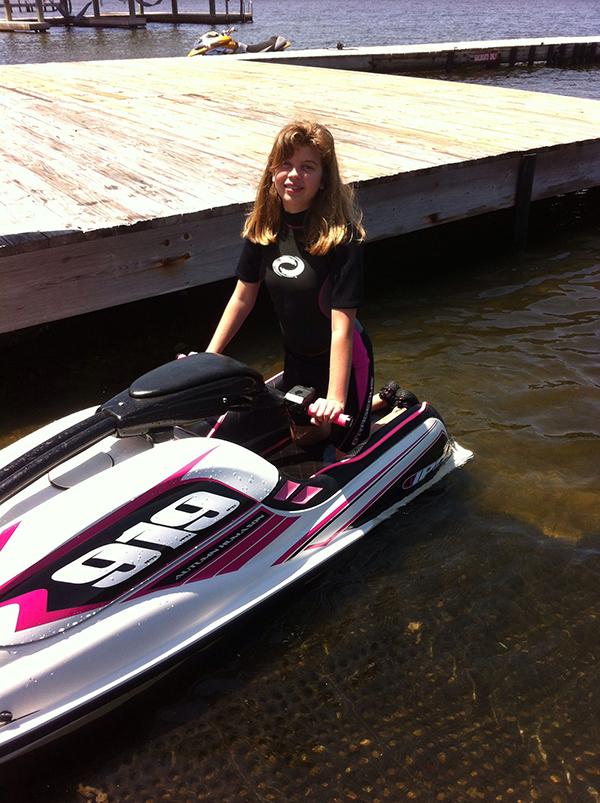 Hi my name is Autumn Humason,

I started watching my Dad and big sister Paige race jet skis in Texas when I was 8 years old back in 2011,

At one of the last races in Madisonville in 2013 I was able to ride with a fellow racer on his SXR stand up,

After riding double I rode it by myself for a while and really had fun,

After the 2013 race season came to a close the races in Texas also shut down, but I stayed interested in learning how to ride a stand up better, so my Dad bought me a 1995 Kawasaki SXI 750 for my first ski,

I rode every chance I could with my dad down at the Boat Club in Galveston and got better each week,

We had heard racing was coming back to Texas so my dad bought a newer model Kawasaki SXR that had a better handling hull than my SXI,

My dad and I put a lot of wok into the new ski to get it race ready for 2015 with some help from Kelly at Jet Trim for some matting and Casey at IPD graphics it was finally coming together,

I have been practicing with some older veterans of the sport that have really helped me,

We practice on a race style buoy course each weekend, and there knowledge and coaching has really helped me come a long way fast,

I am looking forward to my first IJSBA race this August at Genes Power Sports in Baytown this year the First race for TexasH2O racing in region 5,