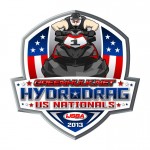 The World Record in the HydroDrag Unlimited Class of personal watercraft drag racing was held by Rayge Sanchez, of Game Over Performance, at 106mph, which he posted in Tavares, FL, in August 2013.  Sanchez, would face some fierce competition on this particular weekend as the best in the land would be in attendance.   The champ would be on the sidelines as Maikel Gonzalez, of Miami, sponsored by CRT Racing was the 1st racer to take the track in the RIVA Racing Unlimited Speed Alley competition and would not disappoint as conditions were near perfect as he pumped up the boos tin the turbocharger and posted a whopping 108mph!!!  Sanchez, not deterred by his ousting of his “Fastest Man in the World” compliment, would come back and also run a 108mph to tie Gonzalez under some major pressure!   They would have one more opportunity to face the task ahead, but Sanchez’s boat had issues and would not make the second run, so it was up to Gonzalez to back up the 108mph…the waves of Lake Palourde would settle down for Miami’s Gonzalez, and, with the crowd on their feet, he diced through the water, like a hot knife through butter, and BAM!!! He hit the NOS, with the boost, and took the World HydroDrag Speed Record to new heights in Cajun Country by posting a phenomenal speed of 112mph past the “lie detector”, videos with radar gun are online!  To complete another moment in history, Carlito De Valle, took his Sea Doo (3 seater) and put it on the podium with a blistering 101mph…and for the 1st time, there would be 3  racers OVER 100mph!!!