P1 kicked off the season in the beautiful town of Tavares FL April 9th.   Wooton Park on Lake Dora buzzed with activity as the P1 Superstock teams and P1 AquaX Amateur Enduro racers gathered to do battle in the first round of a challenging 2016 race season. 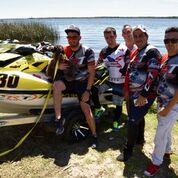 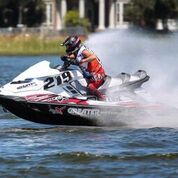 Race 2 was redemption for Tetreault as he managed to stay on board and take the win but it was not enough to take the overall for the weekend. Chris Saxon on the #71 boat managed to stay ahead of #34 Enrique Chia. Consistency wins overall as the weekend went to Saxon, Chia and Hector Toledo. Toledo placing 4th in both races gave him enough points to put him on the overall podium. 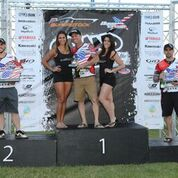 An epic battle unfolded in the 250 class as Team CRT members, Eric Ruiz and Alejandro Mora were hot on the heels of Tommy Olswang. Olswang managed to keep the CRT racers at bay and finish with the win.  Race 2 saw a repeat win of race 1 with Olswang bringing home the overall. Chad Saxon fought off Eric Ruiz to bring home second place with Ruiz in third.   Daniel Steele dominated the 200 class with the race 1 and race 2 win and the overall for the weekend.

2016 rings in a new structure for the AquaX USA brought about by the success and growth of the series.   The division of the classes into PRO Enduro and AM Enduro has encouraged new racers to join the series as well as some old pros.

Daytona Beach this coming weekend will be the first round of the series for the Pros and promises to be a weekend of epic proportion as the titans off the sport are all coming out to play. With the likes of Dustin Farthing, Chris Macclugage, Craig Warner, the Aswar brothers as well as AquaX old pros, Eric Francis, Eric Lagopulos and Mike Klippenstein, there is no telling what will go down. If you are not on the beaches of Daytona this weekend you will be really missing out!

P1 AquaX series is sanctioned by the IJSBA.