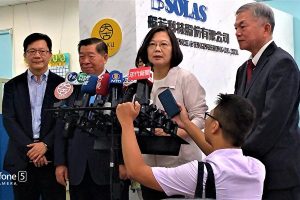 The executives, engineers, and workers at Solas, received a real honor this month when the President of The Republic of China visited the factor which is the world's leading producer of impellers and propellers for every type of water vessel- especially Personal Watercraft.  Her excellence, Ms. Tsai Ing-Wen, is the first female president to be elected in Taiwan and has been educated in Taipei, The United States, and The United Kingdom.  Coming from a family that owned and operated an auto repair shop, her visit to the Solas factory brought a familiar understanding of the passion associated with the motorized industries as is evident by the smile on her face as she toured the facilities. 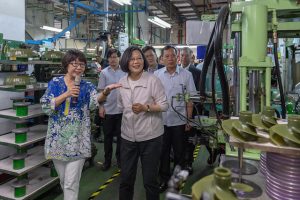 Solas was founded in 1985 by Dr. Solas Y. J. Lin.  In addition to making OEM impellers used in Personal Watercraft, Solas has produced performance impellers guiding competitors to victory almost as long as we have been racing.  Solas is a long time supporter of the sport and is a vendor at the 2019 Thai Airways World Finals.