Round 1 of 2014 European Freestyle Championship in France this Saturday! 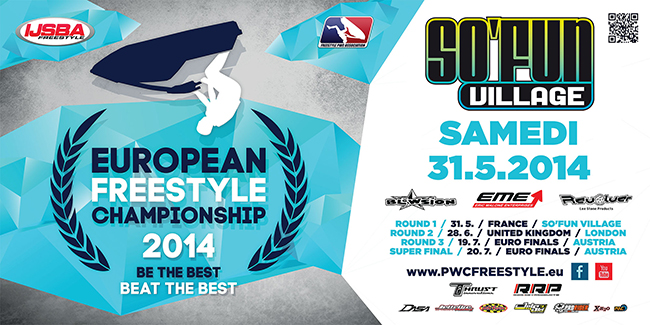 After successful two seasons European Freestyle Championship is back again with more riders than ever. European freestylers are heading to one of the home venues of EFC, So'Fun Village in Paris area, France. Where they will have chance to compete in first qualifying freestyle only round in three different classes.

"For the first time in the history we have riders coming out from different continent than Europe, so it should be interesting to see their style. I wish everybody best of luck in the competition and I look forward to see them in person this weekend." says the founding father and organizer of the tour Vaclav Zacek.

So if you are in the Paris area this weekend don't miss out the opportunity to see the best European and World freestylers in the action.

Video Teaser of Round 2 of 2013 European Freestyle Championship