10 RACING is pleased to announce that we will be attending the 2017 35th Annual IJSBA Blowsion World Finals in Lake Havasu City Sep. 28-Oct.8

WHO WE ARE:
10 RACING is a watercraft race team derived of some of the world’s most talented jetski Pilots.

We pride ourselves on the daily dedication required to be a successful jet ski racer. From the day to day workouts to countless laps on the water, our athletes

are progressively setting themselves apart from the competitionn. IN AFFILIATION WITH:

10 RACING was commenced after the launch of 10 FlexTape in early 2017. 10 FlexTape focuses on athletic recovery aids such as Kinesiology tape specifically designed for water and compression sleeves. 10 FlexTape provides 10 RACING athletes with these products along with offering them to the world of jet ski racing. 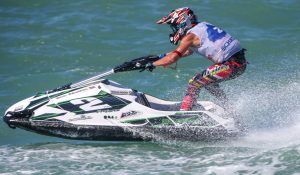 Stian is our multi-title holding athlete out of Norway. When Stian is not on the track he is running his SAS training camp. 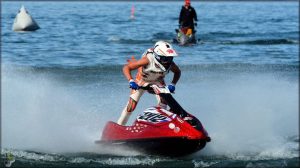 Kole is a local talent that made a statement last year in Amateuer ski open. With less than ideal starts, Kole

persevered and claimed the world title. He has already proven himself in 2017 by taking wins in Pro class.

There is no doubt he will be a threat this year at finals. 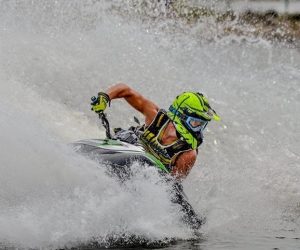 Ulrik recently made a boat change to the new SXR 1500 proving to be a good move. 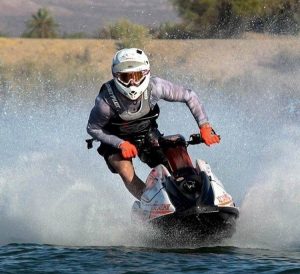 J.B. came to jetski racing after many years or being a motocross racer. He has progressed nicely from a novice rider to being dominate on the west coast in AM Ski open. He spends most of his weekends perfecting his technique at Body Beach.

Eric is 10 RACING’s only runabout racer.  He began racing in 2004 and has been dedicated to

competing regionally and at the IJSBA World Finals since. He’s been devoted to fitness this season

and will be exhilarating to watch this year in Vet Runabout.

Trisha began her career racing runabouts. After 5 years she switched to standups where

she has progressed from novice to AM ski open. Along with her race resume she

practice and progress as a racer at Body Beach. The support from his family makes it possible

for him to travel and compete. This year he will be aboard his Superjet and also

10 RACING’s sxr-800 Limited. We’re proud to be apart of Preston's journey as